I am heartbroken that Madeline Alice Spohr passed away on Tuesday. She was a bright, beautiful child whose huge eyes and toothy grin never failed to make me smile. She will be sorely missed by her parents, Heather and Mike, and by thousands of others across the country and world.

So we are back from Key West and, except for needing a new liver things are back to normal. Oh, and there is the black eye Hubs is sporting after this ONE CONVERSATION we had in the car while inching along I-95 South in Georgia...

Him - This is ridiculous. Check the map and find another road we can take to Florida.

Me - Hmmm. (Carefully checking the map for roads branching off of 95 that actually take us to Florida instead of oh, I don't know, Arizona.)

Me - Hmmm. (Still checking. That part of Georgia is DESOLATE.)

Him - Those lines on the map? Those are roads. Which one takes us to Florida?

Next time? Flying to Miami and driving from there.
Posted by Anna Marie at 10:49 AM 1 comment:

Here at Casa de Hinnant we only use our mobile phones for communication. We have no landline. In a house this small we don't need a landline since we can hear our mobiles ringing no matter where we are.

I used to have a flip-phone. Two years ago when I first got it, it was cool. It took pictures, I could text, it fit in my pocket, AND, best of all, it entertained my daughter.

Emmie could lay in my lap pushing the buttons, opening and closing it, listening to the beeps, for 30 minutes at a time. She was fascinated. If she was cranky in the car I was all here! Take my phone! And she did. It became hers. If you refused her the phone or took it away from her, or, heaven help you, gave it to her BROTHER to play with she became demented with denial. She would try to take it from me when I talked on it. Whenever I closed it after a conversation she would repeat "Bye" and reach for it. Yeah, cute the first 5 times and then, just annoying.

And one day I noticed the top half was a little loose. And then, a tiny, miniscule piece of plastic was missing from one of the hinges. And then, this. 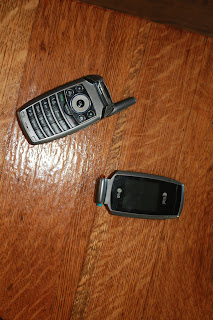 Off I went to the cellphone store for help. What? They said. No insurance? Two months shy of being eligible an upgrade? Bwahahahaha you shall pay full RETAIL for a new phone! I was furious. Incensed. I caused a scene and got my righteous indignation on and then I paid full retail for a new phone. And bought insurance.

But what a shiny, priddy new phone it was! What wonderful new things it would do! Oh touchscreen LG how I love you! There was a new rule in the house - nobody under the age of 18 gets to touch Mommy's new phone - and God love her, when Emmie sees my phone lying somewhere within her reach she picks it up and HANDS IT TO ME as though to say See mommy? I'm not touching your phone I'm just reminding you to KEEP IT AWAY FROM ME.

Then disaster struck. I was cleaning the toilet yesterday and I totally forgot I put my phone in the pocket of my shirt. As I leaned over to scrub I saw a sploosh and there was my lovely phone lying at the bottom of the toilet. And not only was it in the toilet but it was STUCK in the little groove at the bottom. I scrambled to pull it out but I couldn't get my fingers around it. I fumbled and grabbed and used both hands to leverage it but it was too slippery and I began to hyperventilate. Desperation gave way to sadness as I realized that even if I got the phone out of the stupid john it would be ruined. Finally, I got my fingers underneath it and pulled it out. The screen was blank.

The lady at the phone store said there was still hope and told me to take it all apart and leave it covered in uncooked white rice for a day or so. The rice pulls the moisture out and once dried, it may power up again.

It does, but everything is upside down. The numbers, the letters, all upside down and backwards. It's the strangest thing.

The company is sending me another one and I have a loaner until it arrives. A very basic, simple phone, which is probably all that I really deserve at this point. And did I mention that I blamed the whole thing on Emmie when I made the insurance claim? Much less embarrassing.
Posted by Anna Marie at 2:01 PM 2 comments:

Can I just say that the combination of a sick 3 year-old and a busy 18 month-old is not conducive to good writing? Because it isn't. It is not even conducive to mediocre writing.

Poor Thomas has had a fever all week and I have finally made him a doctor's appointment for this afternoon because he was awake all. night. long. And when I say awake I don't mean whining and coughing and being miserable, I mean just...awake. Lying there hugging his bear unable to sleep because he felt too bad. By 3:00 am I was stupid from exhaustion and went to bed, but then I couldn't sleep because I felt so guilty about leaving him awake and alone.

So now I am sleep-deprived and whiny, and Thomas is snoring through the first morning nap he's taken in nearly 2 years. Emmie is napping as well, which brings me to the question - WHY AM I NOT NAPPING?

Because I kick-started my morning with a double-caff cup of Earl Grey and now my fingers are trembling so badly I can barely type. Bah.
Posted by Anna Marie at 9:42 AM 2 comments:

Nothing Could Be Finer

Whew. It's so NICE to have all the election brouhaha behind us, isn't it? I love being able to watch TV without being bombarded by political ads and I discovered that CNN actually has stuff to talk about other than Sarah Palin and her wardrobe. Oh, and it's football season.

Hubs and I went to the Carolina homecoming football game this weekend. (For those of you reading this from South Carolina I mean the REAL Carolina. The one in Chapel Hill.) This is Hubs' alma mater and I swear every time we are on campus he tells me the same stories and relates the same factoids about the school.

Hubs - "This is the oldest building on campus and..."

Me - "...it used to be the entire school, all right here in one brick structure."

Hubs - "Have I told you this before?"

We had front row seats in the endzone for this game and I have NO idea how that happened, but I swear if we said it once we said it 100 times "I cannot BELIEVE how good these seats are!" I actually was distracted from the game by the fact that we could see the players. That we were not in the nosebleed section trying to figure out which of the tiny bugs on the field were Carolina guys.

While Carolina football is awesome and getting even better with their new coach, Carolina basketball is what we live for in the Fall. So when a really, really tall dude in a suit walked by on the track right in front of us I paused. Then I saw another one stepping down from the bleachers. 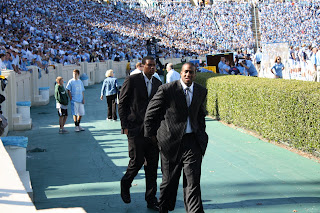 "It's the basketball team! Look!" I started snapping photos like a paparazza on crack. They filed in front of us and grouped together behind the endzone obviously waiting for some sort of ceremony at half-time. 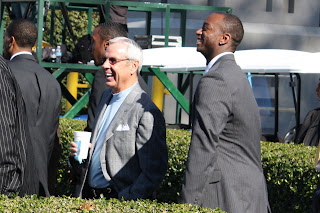 I punched Hubs in the arm. "Hon LOOK! It's Roy Williams!"

"Right. Damn. There. If I say it any louder he's going to hear me."

And while former basketball head coach Dean Smith will always be a god to Carolina fans, Roy Williams is the son of that god. I had to physically restrain my husband to keep him from hurdling over the shrubs in front of us and flinging himself at Roy's feet.

The good guys won and Hubs was happy. I got to leave the game in the 3rd quarter to go shopping so I was happy. It was a perfect day at Carolina. 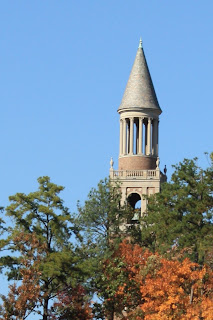 Scuse my SQUEEEING, it's just that I'm still a little breathless from the election. 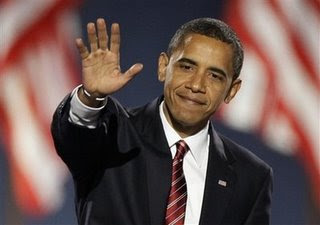 I'm excited that my children will probably never understand what a HUGE deal it is that America has elected a black man to be president. I'm ready for our country to start putting racism and bigotry behind us. I'm also praying we can forget the last 8 years and move forward into a time where the world likes us again, trusts us again, and where Americans can (maybe) (possibly) start trusting their government again.

At least there is HOPE. 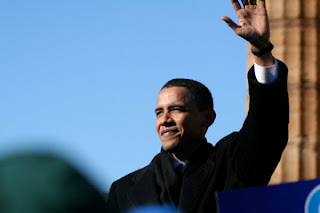 Why are you HERE? 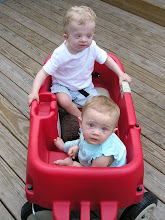 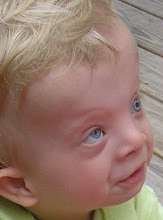 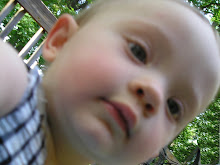